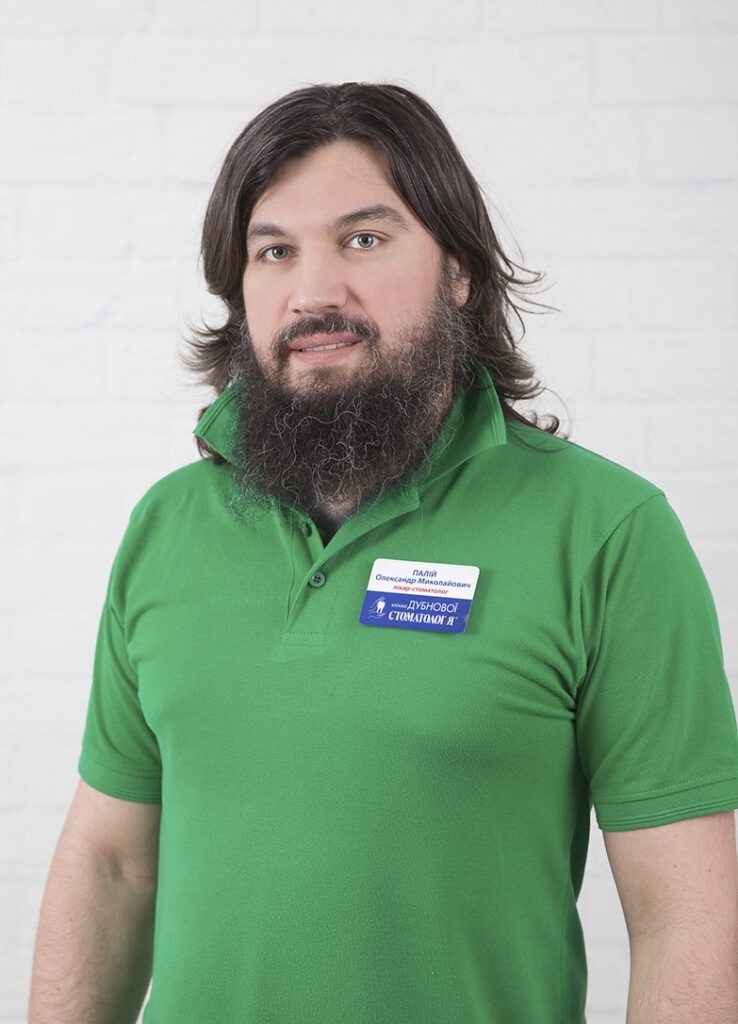 Doctor-stomatologist, doctor of the 2nd category, member of the Ukrainian Dental Association

In 2003 finished the stomatological faculty of the Ivano-Frankovsk state medical academy.

2003-2004 –  internship on therapeutic stomatology on the base of the Ivano-Frankovsk state stomatological policlinic.

From 2010 works in the Dubnova’s Clinic «Stomatolog i Ya»

In 2010-2013 he participated in many international training courses and practical scientific conferences, realizing continuing education and doctors’ improvement principles:

In 2011 he specialized in orthopedic and in 2013 in children’s dentistry at the Odessa National Medical University.

Twice he participated in the yearly «Quality of Life for our Parents» event, which is organized by the Ukrainian Implantologists Association and allows for a socially unprotected, completely edentulous elderly person to have dental implants installed by the dentists free of charge using the newest technologies, once a year.

He considers creating comfortable emotional microclimate during a patient’s visit a priority. He easily establishes contact with his patients and reaches optimal treatment results.

Reviews of the doctor