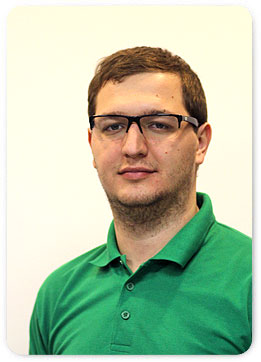 Mr. Dubnov graduated with honor from the Faculty of Dentistry of the Bogomolets National Medical University in 2010.

2009 – internship at the University Clinic in Kosice, Slovakia.

Since 2013 – an visiting professor at the Catalonia International University in Barcelona, Spain.

2015 - the degree of Doctor of Philosophy in Medicine (PhD) conferred by the Catalonia International University, Barcelona (Spain).

Mr. Dubnov has been working at the Dubnova’s Clinic since 2008.

His hobby is snowboarding.

* Orthognathic surgery or surgery correcting the inborn deformities of the facial bones is a solution permitting to reach desired aesthetic and functional harmony of the face. 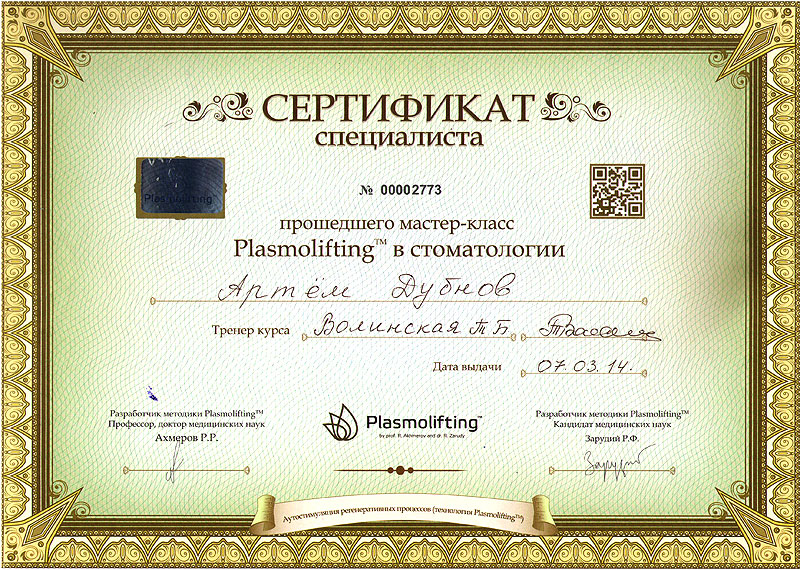 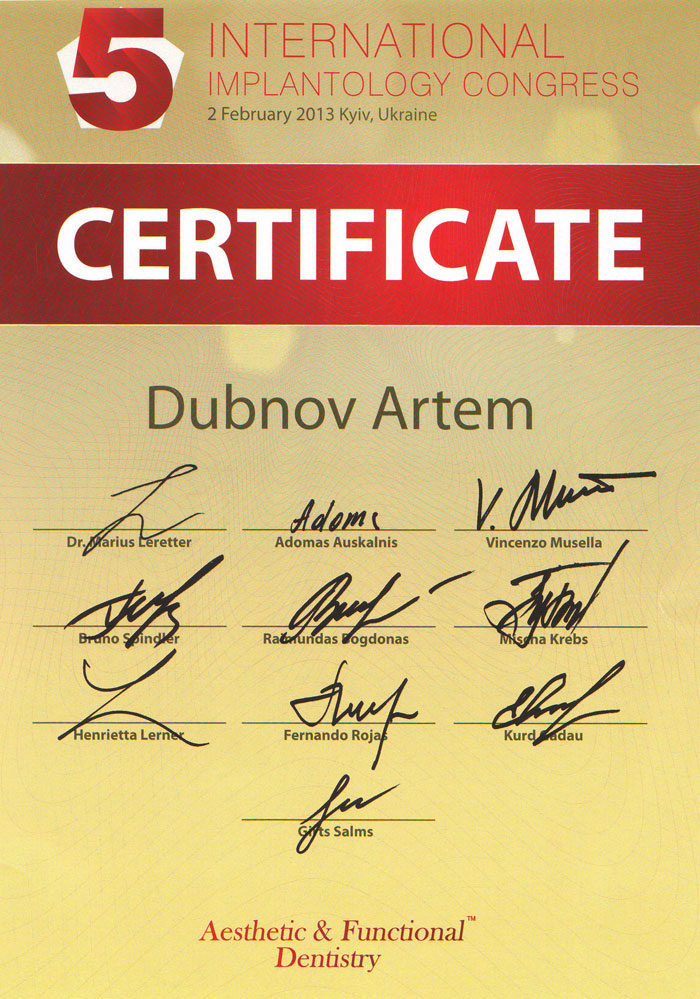 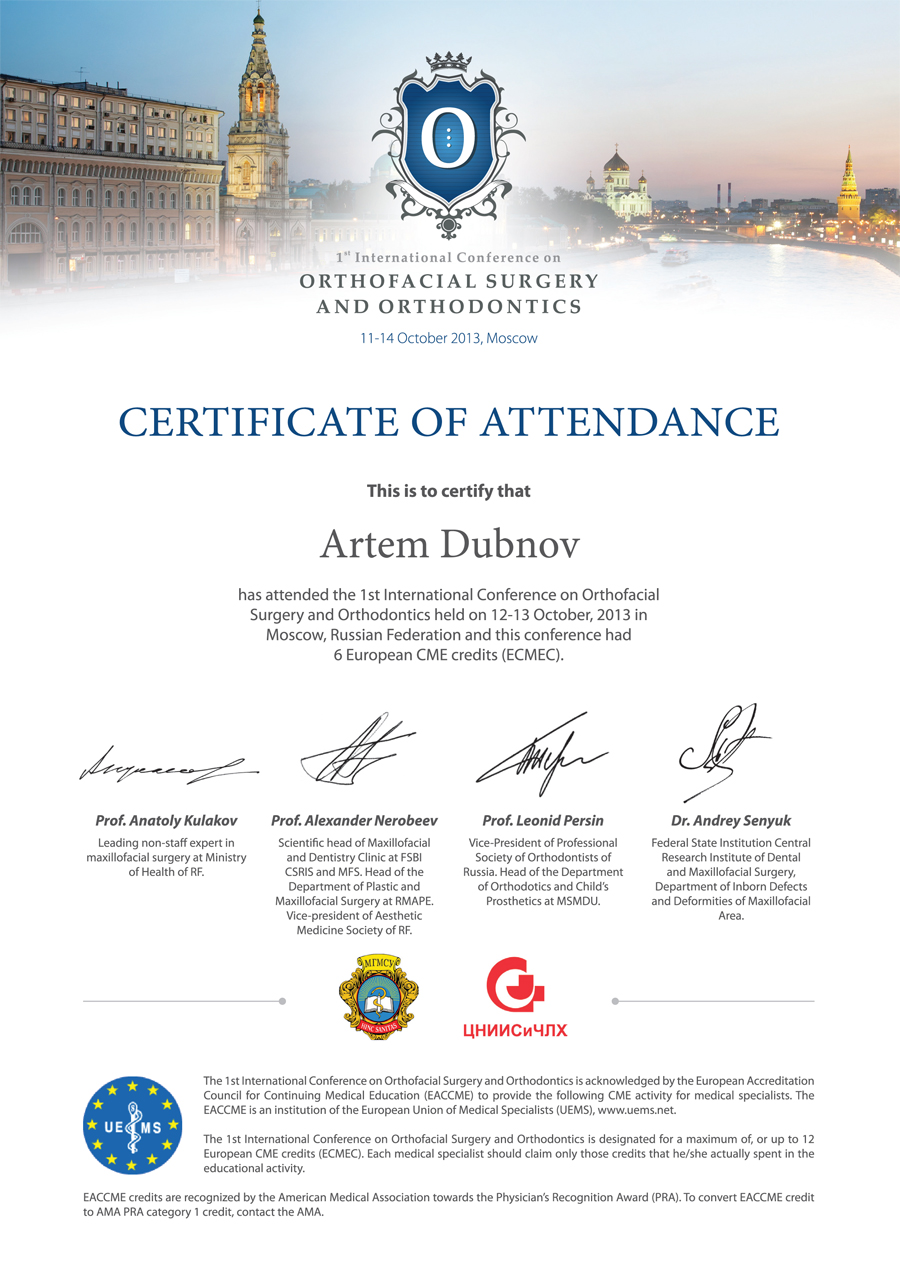 October 2013, Moscow, an international conference on Ortho-facial surgery and orthodontics 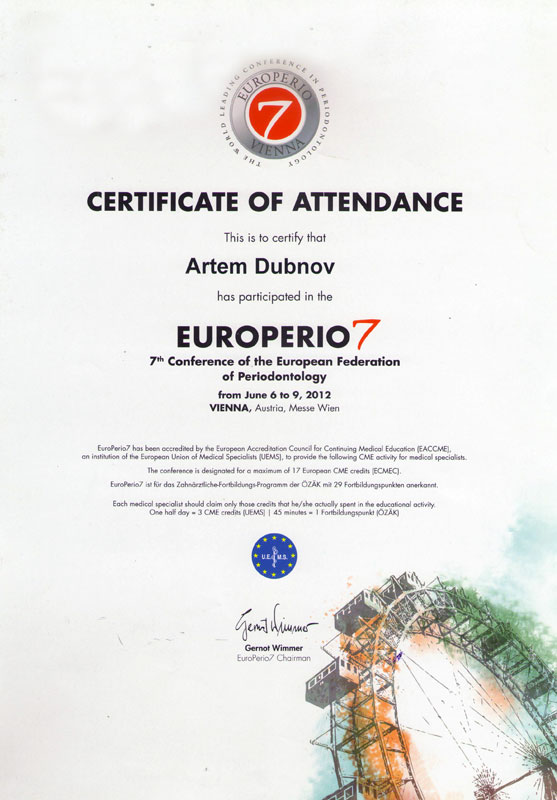 June 6-9, 2012 Vienna, Austria. 7 Conference of the European Federation of Periodontology 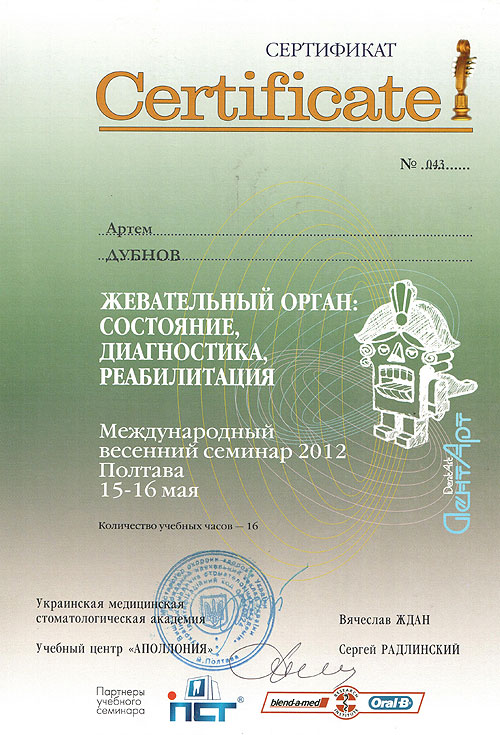 May 2012, a seminar on "Chewing authority: state, diagnosis and rehabilitation" 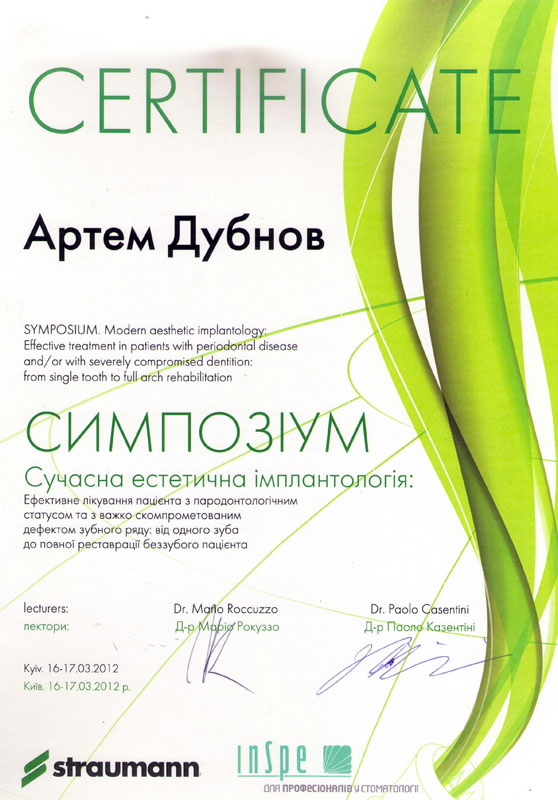 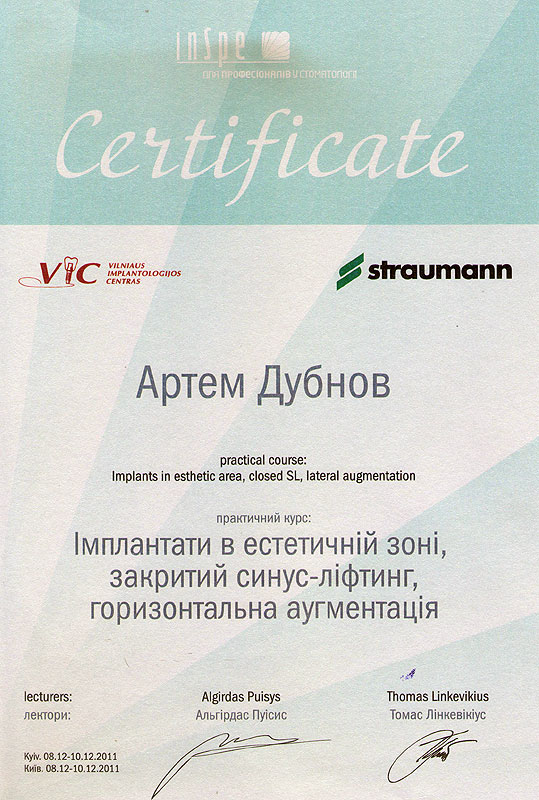 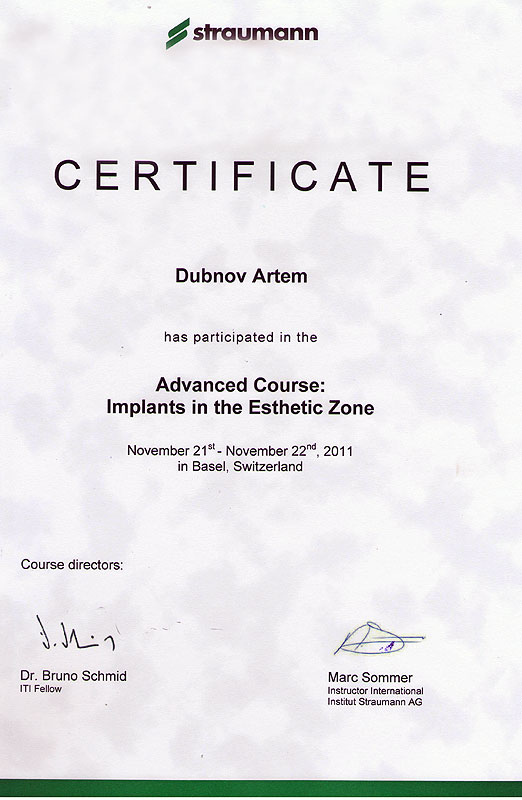 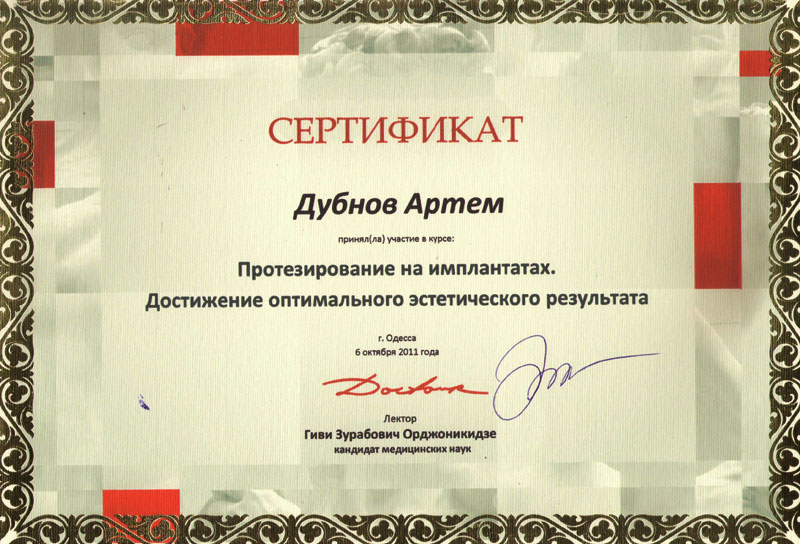 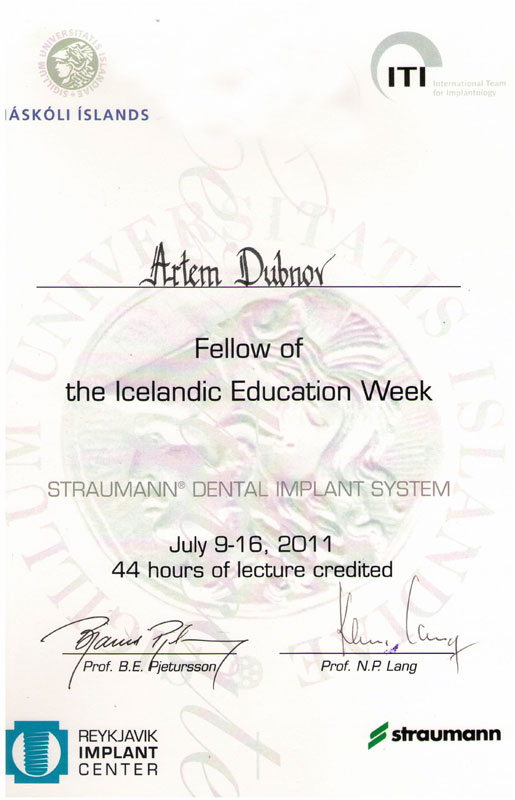 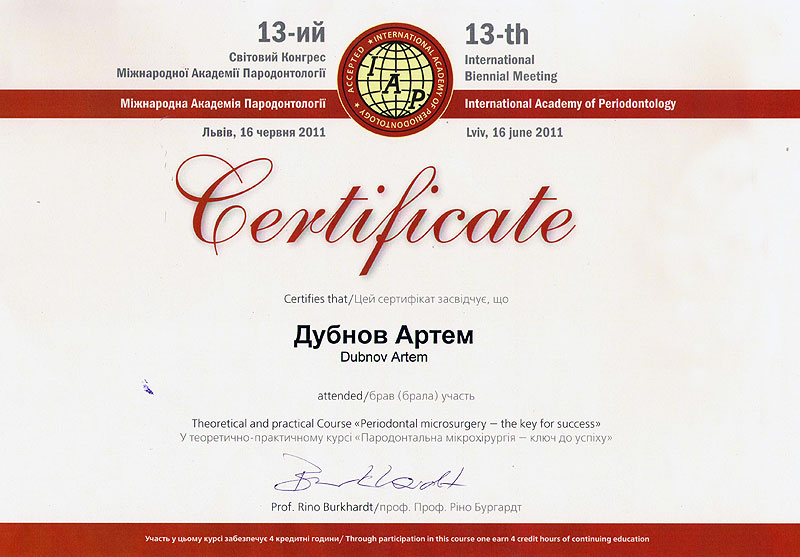 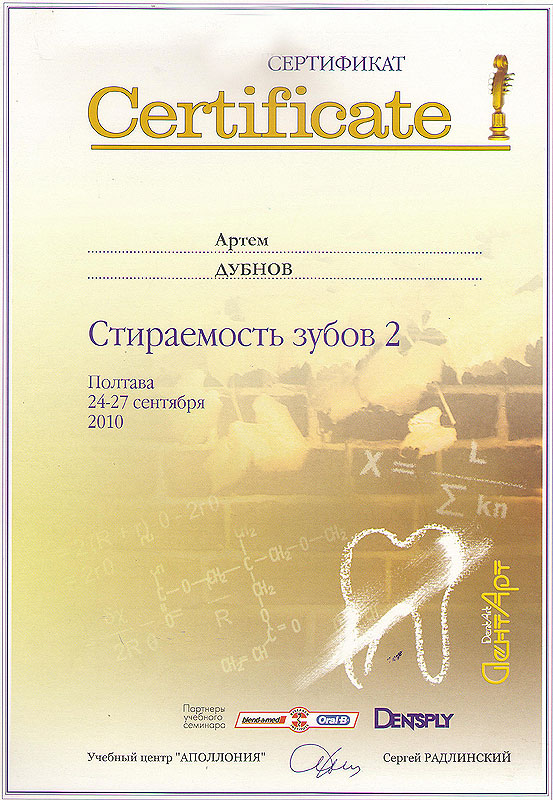 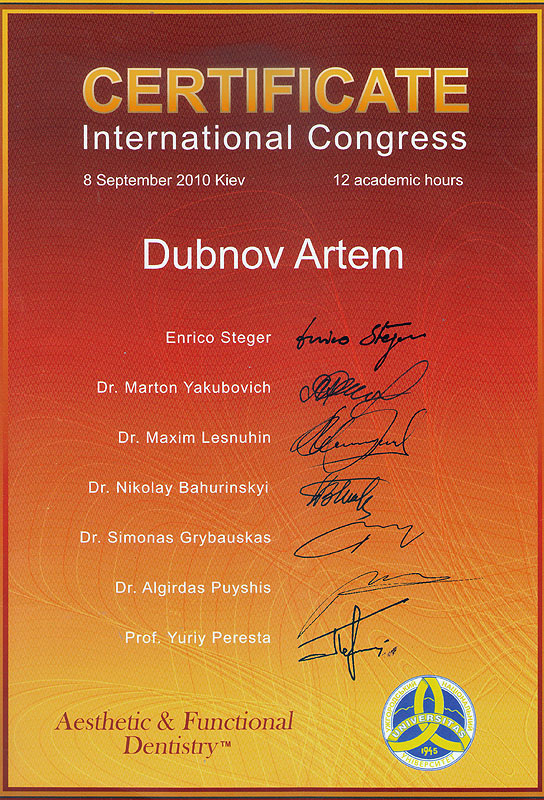 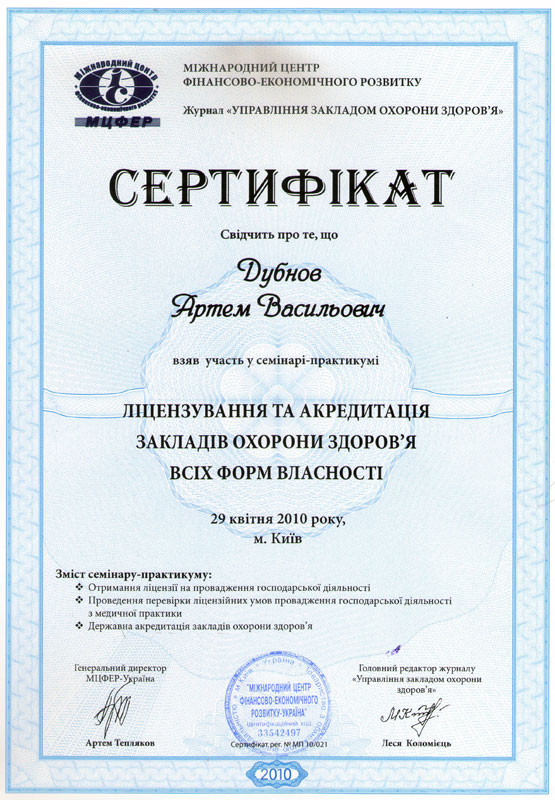 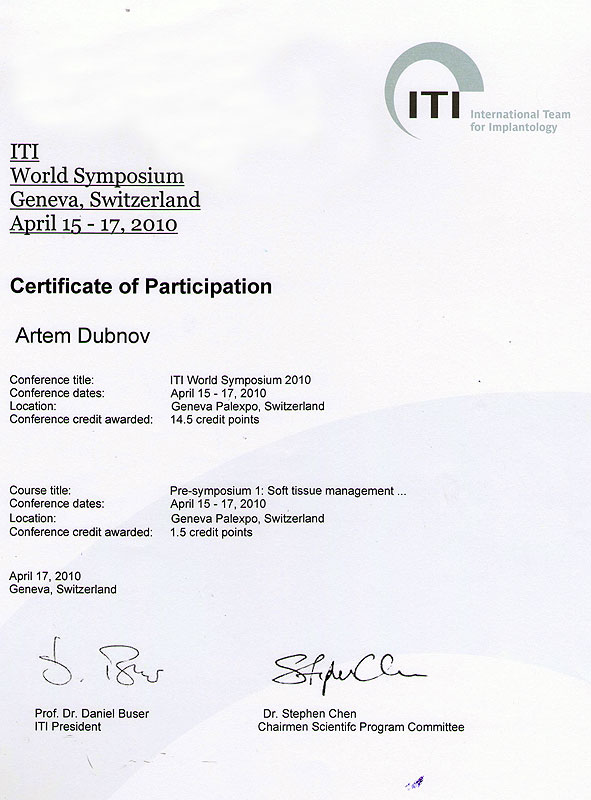 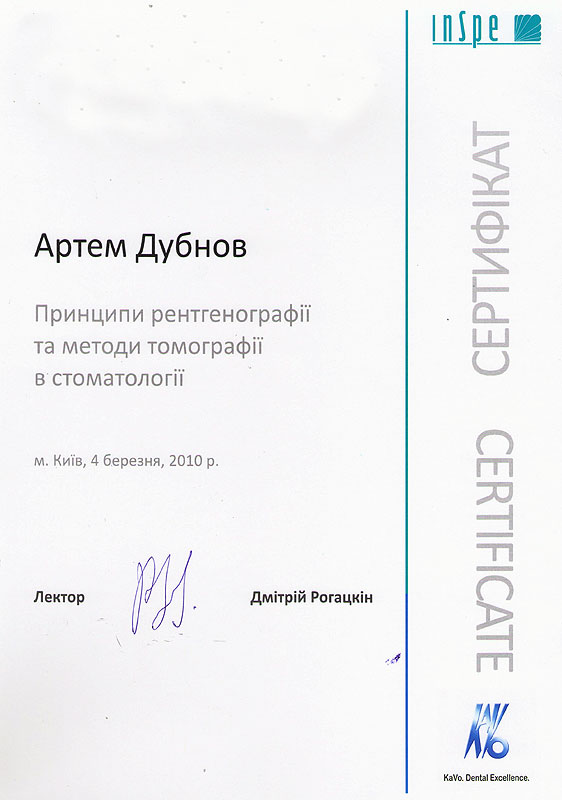 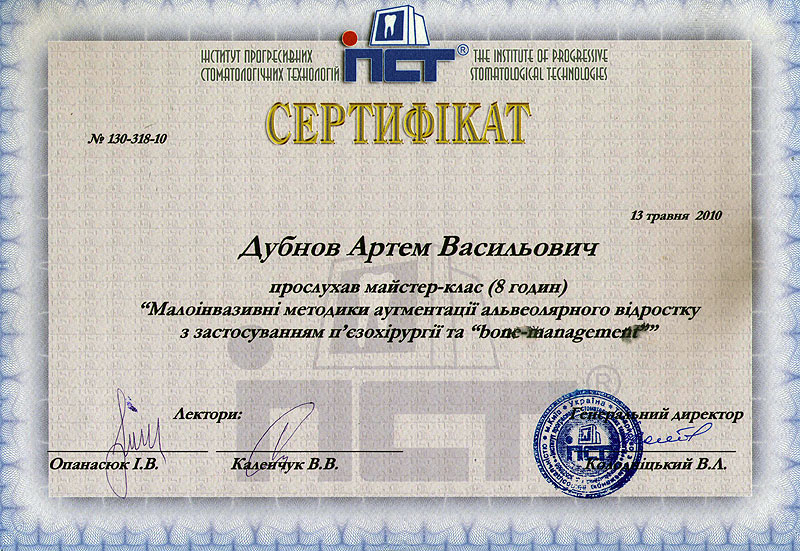 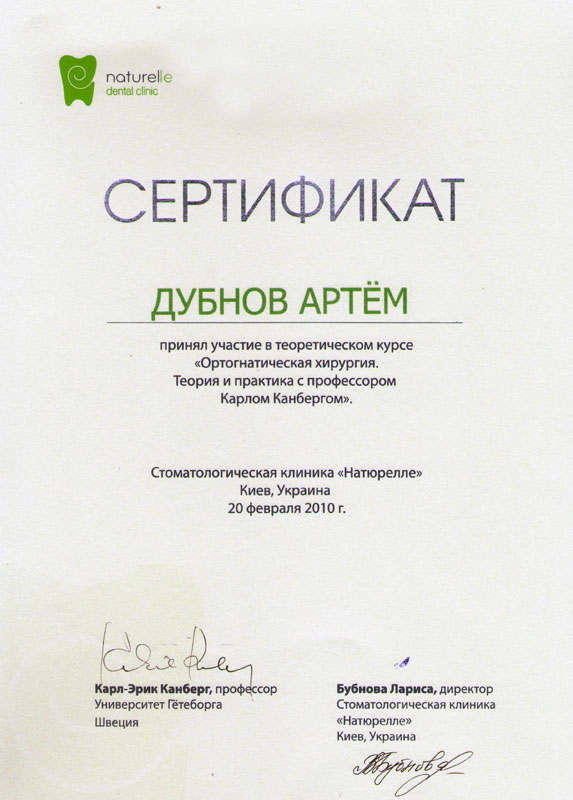 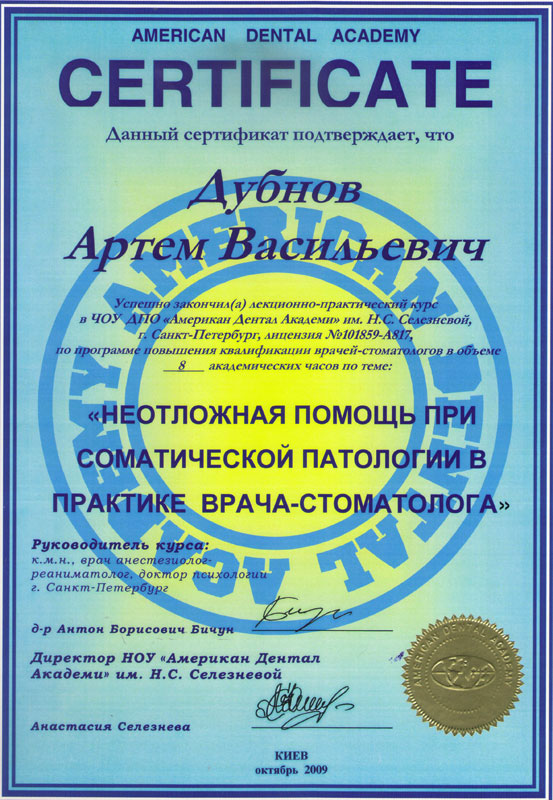 Reviews about the doctor